So, the photo they took of us with our Pickin’ Parlour at the Auckland Folk Festival ran in the Rodney Times not once, not twice, but THREE TIMES.  It was starting to get a bit strange!  All the same, I was mightily disappointed when I opened my Thursday Times this week and we weren’t in there.

Here’s a link to two of the articles featuring our photo:

The third article wasn’t long enough to make it to the website, it was just a short announcement about the start of autumn and our upcoming appearance at the Kaipara Flats Harvest Festival. 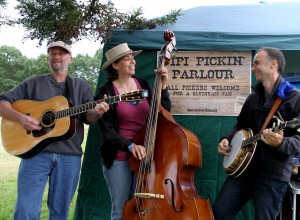 Only a bit more than a month before we head off to Australia for the GAP!  Yay!